Five ways to deal with a Bad Boss in Your Career

When you mention the topic of bad bosses, it’s likely you will get a conversation going wherever you are.

As I developed this series on bad bosses, I heard stories from clients as well as different groups that I am a part of.  It seems we all have had to deal with the bad boss at one time or another.

Exert too much power over you.

Affect your self-confidence and overall wellbeing.

Find your weaknesses and exaggerate them.

Encourage you to act, even if the action is to stay in place.

What are your options in dealing with the bad boss?  In Part 1,  I discussed two options:

Depending upon how bad your bad boss is, there is always the possibility of staying and learning.  The good news is that bad bosses can present an ironic ability to bring out the best in you for your own career and life. I believe every bad boss taught me so much more than the good ones.   If nothing else, they taught me what doesn’t work and where my own emphasis needed to be!

Additionally, bad bosses can provide opportunities for you to shine in your own role.  While these bosses are so heavily engaged in their game playing and personalities, you can sometimes work around them to focus on results and move things forward.  Sometimes, they don’t even notice!

When you report to a bad boss, you can take this time to build perspective and to learn something about yourself.  What buttons are they pushing within you?  What makes those issues so important to you?  How can you analyze the situation to develop productive responses for yourself?  If they are criticizing you and you take exception to that…stop to pause and see if there are any kernels of truth you can uncover.  What about those kernels makes you react?

I had one boss who was the Queen of her department. If you entered her office, she expected you to sit at a chair quietly until you were invited to approach her desk or conference table. I learned so much from her:

These were truly lessons that served me well, especially as I moved up the organizational ladder.

4. Stay and Insulate yourself.

I was most fortunate to have had a manager who was a complete inspiration!  She was a confident and capable Vice President and I was so lucky to have her as a sponsor and mentor.  Until…she went out on an illness leave and I ended up with a micromanager who stepped in while she was out.  This was his opportunity for promotion to a more senior level, and the only way he knew how to do that was to micromanage all of his reports, all of the time.

The micromanager seeks only to control. Period.  And they are only too ready to find fault rather than catch you doing something right.  I began to feel my confidence erode as there was nothing I could do correctly.  Even on a business trip to our subsidiary in a foreign country, he followed me and went with me as our hosts took us on tour.  And as we paused for dinner, he demanded that I coordinate a systems technology problem back at the office in the Chicago area, late on a Friday afternoon.  He was essentially ordering me to micromanage my own staff!

You also have the power to stay and try to insulate yourself through the situation. In this case, I chose to stay, hoping that my Vice President would soon return.  I loved my leadership team and direct reports, and I felt a strong pull to stay.  But the situation was increasingly overwhelming, and then I realized that I stayed too long.  Know your boundaries.

Have the courage to realize when you are in a no-win scenario.  I freely admit I did not.  If your “insulation” begins to run low, you may have to make other choices. I had often found that the bad boss is quickly replaced in most larger organizations, another reason for me to stay. When I finally did leave, I had put up with too much for too long, and it wore on my emotional and especially physical health.

As I’ve said previously, you aren’t paid to deal with abuse or excessive stress.  Please remember this. An enjoyable work life is possible.  There are always alternatives!

What “gift,” what lesson did each bad boss give you as you look back?   Is there a trend to your responses to the bad bosses in your career?  If you’re in a bad boss situation currently, what approaches can you take to better manage the experience for yourself?

Bad Bosses Part 3 of 4: Take Action to Pivot to a New Career
Scroll to top 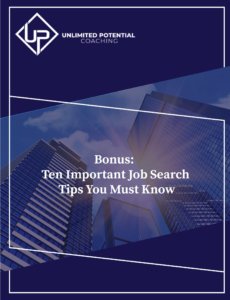